The Spirit of Mississippi - Features a variety of entertainers both
performing and getting out into local communities to highlight the best
of Mississippi living. Hosted by perennial television personality David
Hasselhoff, and featuring onstage performances by several country and
crossover stars, including Ricky Skaggs, Terri Clark, Taylor Hicks,… Continue

Click on the video player to watch a clip of Taylor's video chat with fans. Thanks to all who… Continue

Have seen Taylor twice in concert but would LOVE TO see him play at the STONE PONY in Asbury Park, NJ - where BRUCE started out playing! It's a great local spot that gets lots of traffic/publicity at the JERSEY SHORE! Have you ever considered playing there?

Taylor Hicks and the Hoff: Singing for the Gulf Coast

Click here to read a recap of the concert taping for "The Gulf Is Back" by fellow fan, NolaMar!

On Sunday, August 22, Taylor stopped by the KUSI studio for a live interview. Click here to watch it!

Join a live web chat with Taylor on Thursday, August 26!

Taylor Hicks will be doing another live web chat for fans on Thursday, August 26th at 8 PM Eastern / 5 PM Pacific. Join Taylor for this special web chat, and be ready to ask your questions! Click here to access the web chat on USTREAM.

Due to a scheduling conflict Taylor's SOS concert at the Kimmel Center in Philadelphia is cancelled. Please contact your point of purchase for a ticket refund.

CW To Air “The Gulf Is Back,” An Inspiring Tribute Concert Honoring the Courage of Gulf Coast Residents, On Friday, August 27, 8:00-9:00 PM ET 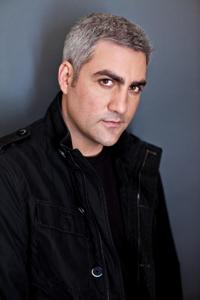 Taylor is participating in a free concert tonight at the Mississippi Coast Coliseum in Biloxi. The concert is being filmed for a one-hour special set to air on the CW Network on August 27, 2010. Stay tuned for more details!

Taylor at Knucklehead's in KC

My sister and I saw your show at Knucklehead's Sat night! And we loved it!!!!! One of the best shows I've seen in a while. Your band is fantastic! If you're ever in the KC area again, we'll be there! Thanks for a great show! Just wish I hadn't left my camera at home.

Taylor Hicks interview on Fox 8 News In The Morning

Former "Idol" winner Taylor Hicks talks to Stefani and then performs during Fox 8 News In The Morning! Click here to watch Taylor on Fox 8 news in the morning.

American Idol's Season 5 winner just completed a stint playing Teen Angel in the touring production of Grease, and he is now on a concert tour that continues into the fall. Click here to read the article in USAWeekend.com!

Check out this review of Taylor Hicks' "Womp at the Warfield" music DVD! Click here to read the review.

Just wanted to send a shout out to the flute/sax player. I had talked to you in Bay City,MI on August 7th,2010 and we had talked about my daughter Tori (11 years old) who almost has Flight of the Bumblebee down. Well, let me tell you she was soooo excited that I had talked to a flute player in a band and that you played on an older Haynes flute. It really has inspired her to play even more than she already does. You guys were awesome on-stage and thank you for taking the time to…

Hi Taylor-
My boyfriend, Tim & I saw you yesterday at Rams Head. We were the ones sitting outside talking to your bus driver & Jeff. Thank you for signing my harmonica. I will cherish it always. It is now displayed in my curio cabinet.

You have a new fan - Tim. He was blown away by your show & your energy! I am so happy that he came to see you in concert. He just couldn't understand why I am such a big fan but now he knows why. You always put on an awesome show but last… Continue

How great would it be to see Soul Thing at a NASCAR race....please share the link with everyone you know...WE can do this WE ARE THE SOULPATROL!!!!!! wooooo hooooo

(I used the purple jacket as my inspiration) ok if the link wont pull up go to: sponsafier.com/gallery enter Soulpatrol as car name

Your show at Mexicali was great and touching! Your songwriting is the icing on the cake.

Thank you so much for the autograph,

Will see you again if you ever come back,