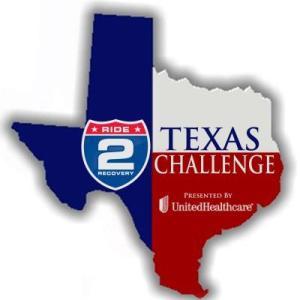 More than 200 wounded U.S. veterans and support personnel will depart the Center for the Intrepid at Ft. Sam Houston in San Antonio on the morning of March 28 to start a six-day trek through central Texas with overnight stops in San Marcos, Austin, Ft. Hood, Waco, Cleburne and Arlington.

After a dinner provided by the San Marcos American Legion Post & Auxiliary Unit 144, the cyclists will be treated to a benefit concert featuring 2006 American Idol winner Taylor Hicks and his band.  The performance will begin at 7:30 p.m. and tickets are available for the general public to purchase.

“Cycling is something that everyone can do and it helps to speed up the recovery and rehabilitation process,” says John Wordin, founder and president of Ride 2 Recovery.  “It is an experience that challenges each rider physically, mentally, and emotionally as they set individual goals for their trip. We want to provide them with a physical challenge and a group experience that helps them learn to heal mentally and emotionally.”

The entire San Marcos community is invited to welcome the riders to, and to cheer them off from, San Marcos at the Embassy Suites. Riders are expected to arrive at the hotel between 3:00 and 4:00 p.m. Monday, March 28.  Riders will depart on Tuesday from Embassy Suites in two groups at 9:00 and 10:00 a.m.   The route will take them down Hunter Road to San Antonio Street, through the downtown San Marcos area, by the Texas State University campus and out Post Road to Austin.

Members of Beta Sigma Phi service sorority have volunteered to assist with dinner service and clean up for 350 at the San Marcos Conference Center.  Lockhart and Luling American Legion Auxiliary Units are pitching in to provide homemade cakes for dessert.  A number of American Legion and Auxiliary officials from around the area will attend, along with San Marcos and Hays County government officials.

Taylor Hicks and his band will perform in the benefit concert immediately following the dinner.  The Alabama native’s take on Southern soul, rhythm and blues, country and blues led him to win the coveted American Idol title on May 24, 2006, as more than 36 million watched the popular Fox television show.  To learn more about Hicks and what he has been up to since his American Idol win, check out his website at taylorhicks.com.

Tickets for the Taylor Hicks Band Concert, as well as a private VIP meet-and-greet “photo op” reception with Hicks, can be purchased on line at the www.ride2recovery.com website by clicking on “Press Room.”  Tickets are:

A Cash Bar will be available and there will be a silent auction to benefit Ride 2 Recovery. For questions about the concert or silent auction, e-mail r2rsed@aol.com or call 818-888-7091.

Ride 2 Recovery, a 501(c)3, helps to improve the health and wellness of injured veterans through indoor and outdoor cycling.  Cycling is an important part of the recovery process because it is an activity that almost all patients with mental and physical disabilities can participate, and it helps to speed up the rehabilitation process. .  Funds raised support the participation of injured veterans in events as well as the purchase of necessary bikes, helmets, and other technical equipment.  Bikes are often custom fitted to the physical needs of each rider.

We are so excited you are coming to Texas and doing a benefit for America's soldiers! You are the best!

Can't wait to meet you again. You bring life and joy to us ole' Soul Patrol women!!

Comment by Robin Herd on March 1, 2011 at 11:37pm
Taylor, thanks so much for coming to Texas to put on this show. We Texans have been needing a Taylor fix for some time now. I can't think of a better cause. Again thanks and we'll see you at the meet and greet and show. I'm stoked.