"From Taylor Hicks' work on his upcoming soulful country single to which stylist Tonya Jones would like to cut her hair, our one on one conversation this month between entertainer and American Idol alum Hicks and hair stylist Jones touched on a lot of different subjects." Click here to see video!

"Channel 2’s “Georgia Salutes America” includes a mix of musical entertainment, a special tribute to the men and women who serve in our armed forces and the most spectacular fireworks show in the South on July 4, live from Centennial Olympic Park in Atlanta, GA." Click here to read more!

"Will Birmingham turn out for a free concert by Jimmy Fallon’s house band? Jack Schaeffer certainly thinks so. He’s booked The Roots -- a musical powerhouse on late-night TV -- for the festival formerly known as the Schaeffer Eye Center Crawfish Boil. Schaeffer, the primary organizer for the July 26 event, has Birmingham's two "American Idol" winners, Taylor Hicks and Ruben Studdard, on the lineup, as well."…

Saw's BBQ in Homewood is No. 1 on Paula Deen magazine's list of 10 best barbecue places in America

"Saw's BBQ is No. 1 with Paula Deen, y'all. The popular Homewood barbecue joint tops the list of "The Best Barbecue Across America" that appears in the July-August issue of Cooking with Paula Deen magazine, which is available on newsstands now. Click here to read more!

Taylor Hicks Mentioned in The Hollywood Reporter on May 14, 2014

Click here to check out the article by The Hollywood Reporter!

Taylor Hicks Mentioned in May 17, 2014 issue of Billboard

Check out the May 17, 2014 issue of Billboard for a mention of Taylor!

A couple of funk-rock bands from New Orleans, a retro soul troupe from Tuscaloosa, and maybe a surprise visit from a certain American Idol winner from here in Birmingham are on the lineup for the first Saw’s Spring Fest this Saturday afternoon and evening outside Saw’s Juke Joint in Crestline Park...

Click here to read the full article on AL.com!

The Las Vegas Review-Journal ran an item on Taylor Hicks in Norm Clarke's column. Click here to check it out!

Over the weekend, Taylor Hicks performed with Galactic at Brooklyn Bowl Las Vegas! Check out a video from their performance below:

Click here to view photos from the event on Haute Living!

From Taylor Hicks’ Southern drawl and easygoing demeanor, you can tell he likes his food with as much soul as his singing...

Click here to purchase tickets to Taylor's show at Paris Las Vegas, which runs through April 8, 2014. 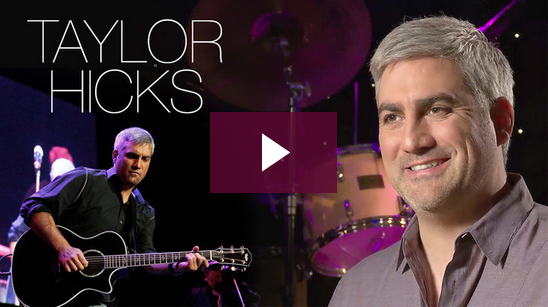 Taylor Hicks is in the latest edition of Dear Doctor Magazine. Click here to watch a video Taylor filmed for the publication at Paris Las Vegas, and read more!

Click here to purchase tickets to Taylor's show at…

Taylor is featured as Southwest Airlines' Rapid Rewards Freedom Story in the March 2014 edition of Spirit Magazine. Click here to take a look!

Enter to win a VIP experience, including a meet & greet with Taylor! This sweepstakes is hosted by Southwest Airlines and Paris Las Vegas, where Taylor's Las Vegas…

With so many wonderful shows like Jersey Boys and Taylor Hicks, thrilling nightclubs including Chateau Nightclub & Garden, an attraction that takes you inside the Eiffel Tower and the architecture and feel of a resort in Paris, the Paris Las Vegas is one of the most unique resorts in the city.

Click here to read the Best of Vegas' feature on Paris Las Vegas, the…

“I know that idea has been kicked around quite a bit about some of the names that were a part of the show that could possibly be judges. Yeah. I would be very interested in that, and I do believe if there was a judge who was a former contestant, then that person should be one of the winners of American Idol as well.” -Taylor Hicks…

Enter to Win a Trip for Two to See Taylor Hicks in Las Vegas!

Southwest Airlines and Paris Las Vegas are hosting a sweepstakes for your chance to meet Taylor Hicks!

Click here to enter for your chance to win a VIP experience to travel to Las Vegas to see Taylor Hicks live in concert! This two-night getaway includes roundtrip airline tickets to Las Vegas, a…

By popular demand, “American Idol” winner Taylor Hicks has extended his Las Vegas residency at Napoleon’s at Paris Las Vegas from Saturday, March 15, through Tuesday, April 8, 2014. This set of performance dates marks Taylor's 4th extension of his popular Las Vegas show, which began at Bally's Las Vegas in June 2012 and moved to a larger venue, Napoleon's at Paris Las Vegas, in January 2013.

The following performances are on sale now:

The "American Idol" season five winner also tells THR about his upcoming country album and performing at an Oscars gig on Sunday...

Click here to read the full article by The Hollywood Reporter!

In case you missed Taylor on The Late Late Show with Craig Ferguson, click here to check out The Birmingham News's recap and watch the "cold open" featuring Taylor and Craig both playing the harmonica! The Birmingham News also covered Taylor's visit to American Idol, during season 13's top 13 competition on February 26, 2014.